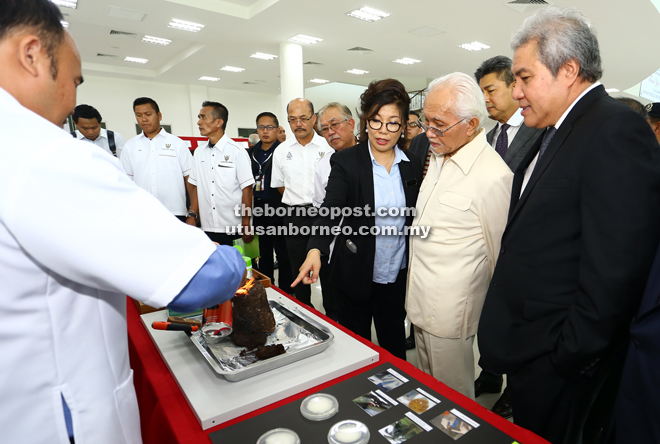 The institute is the brainchild of Taib, and the building has been in use since 2015.

Taib recalled that the state government decided to have such a facility in order to conduct research and development of tropical peatland in the state, with emphasis on the importance of tropical peat land and its impact on the environment.

He said the government was concerned with the lobbying by non-government organisations (NGOs) in Europe to ban the import of palm oil that were derived from oil palms planted on tropical peat lands. These activists claimed it had contributed to global warming through increased Greenhouse Gas (GHG) emissions.

He said these allegations could only be countered effectively through credible scientific data.

‚ÄúToday, through the hard work of our research team led by Dr Lulie Melling, TPRL is now able to stand up at international forums to voice the state‚Äôs findings and counter any bias or speculative accusations against its development policies.‚Äù

Taib said he was glad that TPRL had achieved great successes and breakthroughs that enabled the private sector to convert peatland areas for commercial and agricultural purposes.

‚ÄúTPRL‚Äôs hard work and the private sector‚Äôs decisions, particularly to open up the coastal lowland areas for agriculture and plantations, have contributed greatly to the socio-economic development of the rural areas and the state as a whole.‚Äù